in ADOS
Reading Time: 2min read
A A

*The American Descendants of Slavery/ADOS have demanded an apology from Harvard University for what they have called a smear of their group.

In the response, they detail errors in facts where Harvard’s paper omits the deep coverage of the coronavirus by the group’s co-founders along with the early discussions by the greater ADOS community. And their early acknowledgment of the virus potential impact on Black America that was even covered here on Eurweb. This is among many major errors that they point out. They are demanding an apology and a retraction from the institution.

OTHER NEWS ON EURWEB: Diamond & Silk Announce Death of Their Mother: ‘She Was Our Best Friend’ 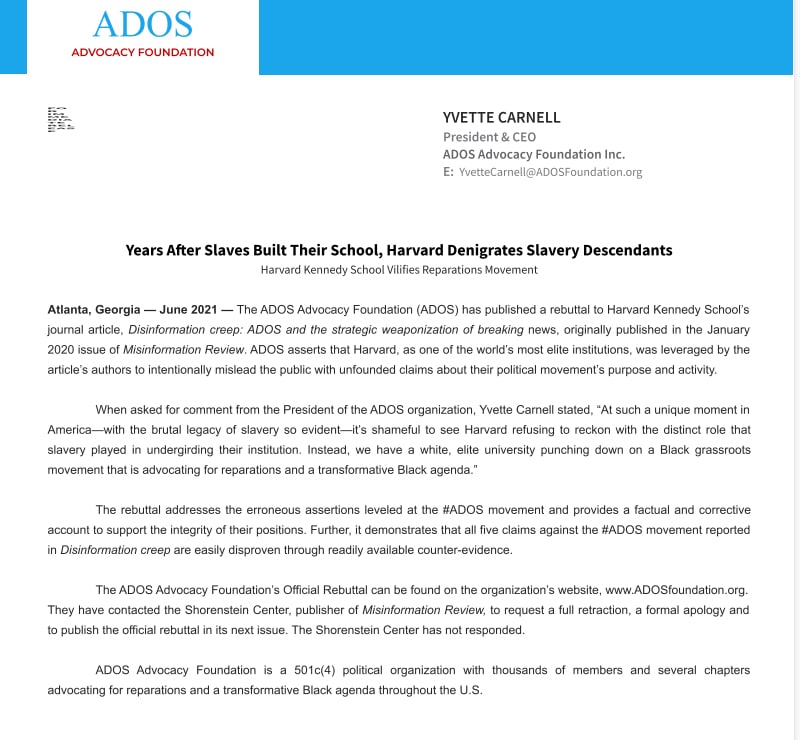