How does ranked choice voting work? We chat explains

in Black Politics
Reading Time: 4min read
A A

0
SHARES
3
VIEWS
ShareShareShareShareShare
The June 22 primaries in New York City will be unlike any other because of a new method of picking candidates – ranked choice voting.

New Yorkers will decide the offices of mayor, the borough presidents, City Council, and many others using this voting method, allowing voters to rank up to five candidates in order of preference.

So how exactly will ranked choice voting work, why is this happening and what do you need to know about it before you go to the polls?

ABC7, in partnership with sponsor AARP, is getting you the answers to these and other questions on our Ranked Choice Voting Webchat, presented live at noon Thursday, June 10 wherever you stream ABC7.

The panelists who will be joining Eyewitness News anchor Bill Ritter for this important conversation include:

Kevin began his political career as a messenger for the Texas House of Representatives and worked his way up to become the chief of staff for a House member. Kevin’s intense interest in state and local government led him to Washington, D.C., where he worked on state policy and advocacy with various trade associations including the American Bankers Association, American Academy of Child and Adolescent Psychiatry, and the American Academy of Orthopedic Surgeons.

In 2012 Kevin moved to New York City and began working for a government-relations consulting firm where he developed and implemented government relations and public funding strategies for clients on diverse issues including health care, social services, LGBT issues, transportation, land use, finance, tourism, and public art.

Kevin also worked on a variety of state and federal political campaigns over the years before joining AARP. Kevin was born and raised in Austin and graduated with a bachelor of arts from the University of Texas. 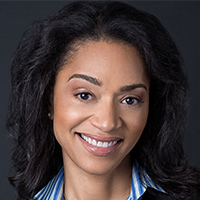 Jennifer Jones Austin has devoted her career to fighting for equal opportunity for all, with a keen focus on dismantling systemic barriers for persons of color, women, and children.

A fourth-generation leader of faith and social justice, she is the CEO and executive director of FPWA, an anti-poverty policy and advocacy nonprofit with 170 member organizations. Its work is centered on economic opportunity and upward mobility.

She is a radio host, an author, and public speaker, and sits on the board of many organizations including the National Action Network, the Fordham University Feerick Center for Social Justice, the Center for Law, Brain and Behavior at Harvard University, and the NYC Board of Correction for which she is Chair.

At FPWA, Jennifer leads coalitions and advocates for monumental changes in policy and law to strengthen and empower disenfranchised and marginalized people.

Jennifer co-hosts the awarding winning WBLS “Open Line”, guest hosts the nationally syndicated radio program, “Keep’n It Real with Rev. Al Sharpton”, and is a monthly contributor on the “Karen Hunter Show”. She is the author of Consider It Pure Joy, a harrowing account of her battle with a sudden, life-threatening illness and the power of faith and community to transform desperation into joy; and the editor of God in the Ghetto: A Prophetic Word Revisited, a reprint of the prized 1979 book written by her father, William Augustus Jones, Jr, with contemporary responses from today’s faith leaders, deconstructing racism in America and the role of religion in birthing, perpetuating, and ultimately, dismantling it.

RELATED: WHAT IS RANKED CHOICE VOTING?

Jennifer is the chairperson and a commissioner of the NYC Racial Justice Commission, the first commission of its kind in the nation tasked with targeting and dismantling structural and institutional racism across the city. She is a member of The African American Task Force for Vaccine Equity and Education, which is dedicated to helping overcome the inequitable barriers Black communities face during the roll out of the COVID-19 vaccine; and she was a co-sponsor of the New York Police Department Reform and Reinvention Collaborative to end racialized policing and the criminalization of poverty. She previously co-chaired the Mayoral Transition for Bill de Blasio and the NYC Procurement Policy Board. 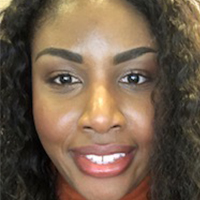 Crystal Joseph joined the city league in 2013, as a graduate student researching the importance of civics, civic engagement and contemporary movement building in the 21stcentury. She serves as both vic president at the League of Women Voters of the City of New York and serves as director at large of Youth and Civics Education with the New York State League of Women Voters.

Crystal is a proud City University of New York graduate with a bachelor’s of science from Baruch’s Marx School of Public and International Affairs and a master’s of arts in urban studies with a concentration in public policy and administration from the University’s Graduate Center.

At present, she is a doctoral resident at Concordia University-Chicago pursuing an Ed.D. (doctor of education) in Organizational Leadership with a specialization in transformational leadership.

Social media are turbocharging the export of America’s political culture

Will the GOP election law undergo changes in a special session?