in Black Lives Matter
Reading Time: 4min read
A A

The head of the Rhode Island Black Lives Matter PAC on Memorial Day decried what he said is “patriotic white supremacy” in the United States military — and told GoLocal he believes the U.S. has a “military problem.”

“On today’s Memorial Day, my thoughts are with the kids preyed on and placed in the military because the government refuses to still provide jobs,” said Harrison Tuttle, Executive Director of BLM RI PAC. “Thinking about the people still here who lost themselves fighting wars they had no interest in. Or the innocent people on the other side of these fights.

“Patriotic white supremacists knowingly, happily, and willingly terrorizing domestically and globally oppressed people will never get love from me,” he added.
Tuttle spoke with GoLocalProv on Tuesday to talk about his views on the matter.

“The U.S. has a military problem — this is something the U.S. always had a problem with [in terms of] imperialism and conquest,” said Tuttle. “This is something in our history books, as we look at our ed curriculum — a lot of it is whitewashed, whether it be genocide or stealing land as the origins of this country that is settler colonialism.”
“We come to present-day and look how the U.S has been in wars for 20 years — there are people fighting in the Middle East now who weren’t even alive when 9/11 happened,” he added.

“I would say the military is white supremacist. The U.S. has a history of killing and bombing and enslaving directly or indirectly backing military or governments that have committed genocide,” said Tuttle. “We are very much the Roman Empire — the superpower.”

Military in Focus
“I think our country has to look at our own identity and the lies told about our own country. We need to look at the mirror and when we do that, you might not see the negatives — that’s really what we need to look at, our fatal flaw, our white supremacy in order for our military to improve,” said Tuttle. “We need to bring back troops who are committing violence against innocent people and ask who are we protecting? Is it people, or resources such as oil?”

“Very much like systemic problems, I’m looking at it from a whole view,” he said. “When I’m talking about individual people, I respect those who have lost their lives fighting — but we need to see the contrast between the lives lost and why the wars are being fought. The wars are often used to justify [their deaths].”

“In reality the soldiers are going to do what they’re told. It’s not the will of the people, it’s the U.S. government,” said Tuttle. “I have the utmost respect for veterans who believe they are defending freedom. But there are individuals who get a kick out of going overseas and killing black and brown people.” 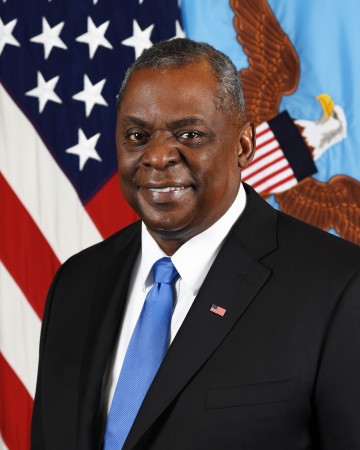 “Again, it’s not about disparaging our veterans — it’s asking why the wars were fought and why people lost their lives. That’s the contrast I was trying to make, and that yes, this country’s military is a problem,” he said. “We outspend our allies. Our police, if we were to put it in a category along with the military — it would be ten times more than our allies. We need to look to demilitarize the police. We need to look to see how much money we’re using to bomb and kill people and put that towards resources such as healthcare. You take 2% of the military spending — you could have healthcare for everyone.”

Tuttle also spoke to the current Secretary of Defense, Lloyd J. Austin II, and former U.S. President Barack Obama, as black leaders in charge of the military — and whether in his view that could change anything.

“You can’t change systemic problems by using identify politics — we still saw protests like Fergurson and the killing black and brown at the hands of police [under Obama],” he said. “I’m not saying that diversity doesn’t bring an extra set of voices — but if they’re not directed toward systemic change that leads to solutions, it’s just diversity.

A Brief Cultural History of Bratz

A Brief Cultural History of Bratz

Vaccination clinic to be held at Racine’s Juneteenth Day celebration